Greek philosopher Socrates (470-399 B.C) believed that thinking is not driven by answers but by questions. He taught learners by asking questions, drawing out answers from his pupils to challenge the completeness and accuracy of their thinking. The Socratic Method was named after his name. He established a new method of teaching. Since Socrates left no written work, we know him mostly through Plato’s (427-347 BC) writings, a student of Socrates. Socrates is considered as an example of a skilled teacher in many contexts, from elementary school discussions, to college philosophy classes, to law school, and every areas of education.

Essential functions of the Socratic Method are–it uses questions to examine the values, principles, and beliefs of students; it focuses on moral education, on how one ought to live; the method demands a classroom environment characterized by “productive discomfort”; and it is better used to demonstrate complexity, difficulty, and uncertainty than at eliciting facts about the world.

Questioning has huge benefits; it raises basic issues; probes beneath the surface of things; pursues problematic areas of thought. Questioning helps learners to discover the structure of their own thought; and develop sensitivity to clarity, accuracy, and relevance. It helps students to arrive at a close judgment through their own reasoning. Questions define tasks, express problems and explain issues.  On the other hand, the answers often signal full stop in thought.

Contemporary students differ noticeably from those during Socrates’ time. Students were educated by choice. Pupils went to instructors such as Socrates to learn. Socrates taught those individuals who wanted to learn regardless of their social statues. Today’s students are no longer necessarily aristocratic. Student populations now include a wide variety of ages, races, and socio-economic status. Moreover, both males and females are educated in an equal manner.

Learning happened in a natural way in which children explored their environment, mimicked their family and other members of their community. In order to investigate students’ view, he would ask them questions until any contradictions were exposed. Socrates used his method of questioning to encourage people to question the things they were told and to look beyond the obvious. Socratic teaching method by questioning is becoming an increasingly popular alternative to the current education model.

In his method, an opening question is answered by all participants and followed by cooperative, critical analysis. The new ideas and thoughts are connected to the everyday life experience of the participants. This structure helps participants to try new, main ideas that they might otherwise not have tested. They learn a way to address problems on their own without teacher intervention.

Socrates advocated the active learning which puts the student at the centre of the learning process. It assumes that knowledge is constructed by both teacher and student and that interaction is a key to effective learning. It welcomes students’ interest and questioning and hopes to make them think critically to get to the bottom of the problem. It has everything to do with dialectic and maieutics. It has to do with Socrates’ famous sentence after questioning Athens’ wisest: “I know that I know nothing”

The Socratic Method involves dismantling prior ideas in order to free the mind to think about a topic and area without the constraints of preconceived notions. The Method is a widely used term for teaching via question and answer dialogue between a teacher and a student. It is a conception of learner cantered process rather than teacher-cantered. Its emphasis on reading books and making students active participants in their own education is appealing to parents and educators who seek not only to forms students’ minds but their characters as well.

The Socratic method of teaching and learning may be effectively applied in the modern classrooms to teach all areas of studies including Language, Literature, History, Mathematics, Medical, Law, etc. In the Socratic Method, no learners have any scope of sitting idle or inactive rather it compels and encourages students to participate in the class activities. The method focuses participatory and active learning where the students will participate in different activities and discussions which will develop critical thinking of students and help come to a judgment of their own. It discourages memorization and rote learning of facts and figures irrelevant to personal life of students.

It actively engages learners to process and synthesize information and concepts, rather than using rote memorization of facts and figures. In this approach, learners work with each other on projects, where they must collaborate as a group to understand the concepts being presented to them. In a group, protecting their positions, reframing ideas, listening to further viewpoints and articulating their points, learners will expand a more complete understanding as a group than they could as individuals. Under the Socratic Method, there are various ways that teachers can question their students. Characteristically, however, the questioning usually lies at opposite ends of a variety.

By setting up the questioning, teachers are able to keep their classes engaged, participatory and excited about the discussion. Besides, using questions the students understand allows them to immerse themselves in a situation where students are actually learning rather than simply parroting back information and forgetting it as soon as they live the place.

The Socratic Method still helps develop critical thinking skills. The art of Socratic questioning is vital for the learners because the art of questioning is important to excellence of thought. Successful questioning involves using questions in the classroom to start conversations, inspire deeper intellectual thinking, and promote student-to-student interaction and contacts. It makes students ready to think quickly; it forces students to be prepared, active and attentive.

Socrates believed that a student can only learn that which he already knows. So, the teacher’s role is to facilitate the production of a constant development of defined knowledge from the students pre-existing thoughts and ideas. In general, the teachers should ask direct questions that have a predefined range of answers, allowing the student to answer correctly before moving on to the next step in the construction of an idea.

Socrates maintained that the teacher served to help the student do his own learning and asking questions was his method to facilitate that goal. Socrates believed in student’s free thinking, which has been a popular concept in teaching and learning for past decades of our modern education, especially in relation to lifelong learning skills.

Socrates believed in active, participatory and collaborative teaching-learning about 2500 years ago, but, we start to believe it in modern age. The Socratic Method of teaching is applicable for every discipline. In addition, it is an advanced style of teaching that will help students to learn truly which is worth implementing at every school, colleges and universities.
Dr Md Enamul Hoque is educational researcher and teacher educator. He is ex- professor of English. He writes columns in the national dailies. 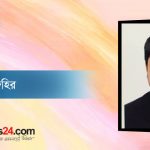